3FVAPE
What’s up guys.
Today we gonna bring you a excitingnews!
3FVAPE launched the Geekvape Blitzen RTA for the first of the whole network.
Let’s find out what makes it so special.

Original GeekVape Blitzen RTA Rebuildable Tank Atomizer Original Price $38.00,Now Only $25.99
The Blitzen is a 24mm RTA that is designed not only to achieve maximum vapor production but also providing outstanding flavor in a leak-resistant way at the same time. The postless build deck allows a much easier coil building and is connected to the base to allow convenient access to the build deck. the Blitzen is easily a must have RTA for 2018 for it’s combining maximum vapor production with smooth airflow and outstanding flavor. 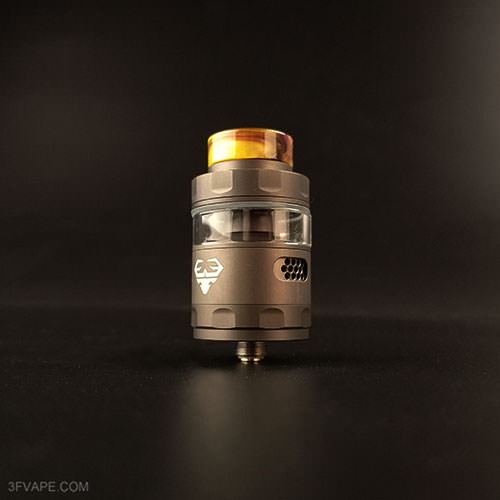 3FVAPE
Hello everyone.
Good news!
The Geekvape Blitzen RTA is in stock now at 3FVAPE.

3FVAPE
Hello everyone.
Good news!
The Geekvape Blitzen RTA is in stock now at 3FVAPE.